It comes as a surprise to many people that it is possible to bet on politics. Compared to traditional betting events, such as football or horse racing, politics seems to be a slow-moving world in which events take place over years and months. You might be forgiven for thinking that politics is a little dull, lacking the thrills and spills that come with normal betting sports.

But you would be wrong. For a start, as the 2016 electoral shocks of the US Presidential Election and the Brexit Referendum showed, politics can be just as unpredictable and dramatic as any traditional sports event. And over the last few years, as the global betting market has expanded thanks to changing regulations and the advent of internet betting, so the world of political betting has grown to the point where you can now bet on almost any major political event.

Most political betting revolves around the big elections in the major countries. If that doesn’t seem fair, remember that bookmakers are not going to put up markets for events that only a small number of people are interested in. The elections in the UK, France, Germany and particularly in the USA, all generate attention outside those countries, and that’s why you are guaranteed to find an array of betting markets for these political phenomena.

The variety of available markets is huge and getting wider with each electoral cycle, as bookmakers become more inventive, and the audience for political betting grows. You can bet on everything from the outcome of the UK General Election to the number of seats that the Republicans will win in Congressional Elections. There are bookmakers offering odds on political leadership changes, so you can get involved in the next Prime Minister betting markets, and there are also markets on the date of the next election or the date at which a certain political figure will leave office.

And, from time to time, you may find that some bookmakers offer odds on elections in other countries, particularly if there is a reason for people outside that country to pay attention to it. The choice of political betting markets is huge, and that choice is growing all the time.

Difference between Sports and Politics Betting

Keeping an eye on the markets and being prepared to step in when the prices change is a key part of political betting, which makes it closer to stock market trading than traditional betting, and this also means that utilising betting exchanges, which give you the ability to lay a bet as well as make a bet, is an essential tool for many political betting professionals.

As mentioned above, the tendency for many political races to produce short-priced favourites means that you have to be patient, unless you have the kind of betting bank that can enable you to profit betting on 1/20 shots on a regular basis. But the overwhelming short-priced favourite is in the minority, and most election races are much closer. In fact, the trend over the last few years, as the political landscape has begun to shift, is for elections to be much closer.

For instance, when it came to the Bush versus Kerry election in 2004 or the UK General Election of 2010, there was no clear favourite, with the result being in balance until late on in the campaign. This was particularly true of more recent political markets, and the 2016 EU Referendum, the 2016 Presidential Election and the 2017 UK General Election all saw dramatic fluctuations.

As with any area of betting, it helps if you have an interest in the subject, but it is not essential. Even if your knowledge of politics is strictly limited, you can still profit from political betting. But one thing you can’t do without is research. Even political addicts need to keep up to date with the latest news and analysis if they are going to be able to beat fellow punters and the bookmakers. 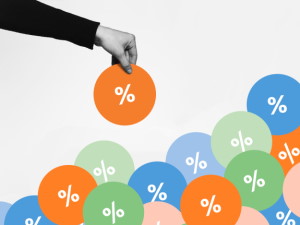 It is received wisdom in parts of the media, particularly on television, that opinion polls can’t be trusted. If you are tempted to believe this or think you can make a profit without considering the opinion polls, don’t. Opinion polls are the single most important aspect of your research.

Look a little closer at the supposed high-profile failures of opinion polls, and you will find that most of the apparent inaccuracy is caused by the interpretation of journalists and political pundits, who are often mathematically-challenged. A classic example is the recent US Presidential Election. Some newspapers gave Hilary Clinton a 90 percent chance of winning, and predictions like these were roundly mocked after President Trump carried the electoral college.

But no opinion poll ever gave Secretary Clinton a 90 percent chance. That was purely down the (mis)interpretation of journalists. In some states, the polls were wrong, because they underestimated the turnout of Trump-supporting white voters, but nationally, the polls were correct. Remember, an opinion poll is simply a survey of opinions. Interpreting the data is up to you. Take time to read the underlying data in each opinion poll, not just the headlines, and get to know how each opinion polling company works, and their strengths and weaknesses.

Newspapers and television media are less significant than opinion polls, but that doesn’t mean you can afford to ignore them, not least because politicians regard them as important. President Trump might talk about ‘fake news’, but the evidence suggests he follows the political media just as closely as any other politician and certain shows or papers often contain valuable nuggets of information. Journalists work hard to cultivate relationships with politicians, and by following them in the media, you may also be able to pick up on clues, particularly when you get to know how they work.

A word of warning, however. Political media is often subject to two types of flaw: bias and conventional thinking. Sometimes the bias is obvious, sometimes it is less obvious, so you need to learn to read between the lines of what is being said. The more political media you experience, the better you will become at filtering out bias and lazy thinking.

As well as the major media outlets, there are thousands of political sites online, ranging from blogs by political insiders to political and election analysis. Many of these are too biased or generic to be of us, but there is plenty of useful information out there for those who are prepared to spend time getting to know which are the best political betting sites. Focus your attention on two types of site in particular:

Again, you will soon get to know which sites you are prepared to rely on, and which are the most useful UK election betting sites, and checking them out on a daily basis should be part of your routine.

The range of betting markets available with online bookmakers is growing all of the time, so it is impossible to provide a comprehensive guide on the key factors for all of them, and you will no doubt develop your own preferences and insights. But there are some useful factors that can help you to avoid common pitfalls and increase your chances of winning in the most popular markets: 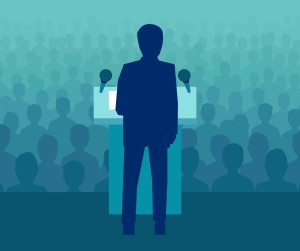 Leadership markets, particularly for the UK political parties – which tend to attract the most interest – are some of the longer-term markets you will find in political betting. Some leaders remain at the head of their party for a decade or more, so this is definitely a market that will test your patience!

Many political punters who play these markets prefer to bet using the betting exchanges, as this offers the opportunity to back and lay, enabling them to lock in a profit as the prices on the various leadership candidates change, though it is also possible to profit by betting on individual candidates with traditional sportsbooks. The key in both cases is to back a candidate before their price falls.

That’s easier said than done, of course, but here’s where your research will come in. If you know the likely contenders, their ambitions and support within the party, you will be in a good position to back them at the right time. Another important factor is to understand the party election rules. These differ significantly between parties, for instance, the Labour Party election system that asks members to choose between four candidates, is fundamentally different from that of the Conservative Party, in which the field is whittled down to two before the members have a say.

The most familiar ‘numbers’ market are the Total Seats markets that are offered at a UK General Election. Generally, the figures quoted for each party will be in bands, rather than individual numbers, and it is possible to bet on the Total Seats won by each political party.

This is where your understanding of how opinion polls will translate into actual votes is crucial. Unless you are a polling expert, you may not be able to crunch the numbers yourself, but by reading the opinions of the leading pollsters and using your judgement, you can often make a significant profit in these markets, not least because each party’s seat total is not independent of how the other parties perform, so if you get one figure right, you are a long way towards getting your other predictions right.

These are the markets for the true clairvoyants! Predicting the date of a General Election or the date when a President or Prime Minister will leave office, is one of the hardest things to do as a political punter, but it is also the area in which opinion polling and numerical analysis are least helpful, so those who prefer to focus on psychology or non-numerical research can often prefer these markets.

The key thing to remember is to make sure that you have considered all of the relevant factors before you take the plunge, and the best way to do this is to put a price on each of the options in the market. Only when you’ve done that, and are still happy with your original choice, should you consider a bet.

One thing that is particularly important is to try to leave your political views out of your betting. This is easier said than done. For football punters, it is relatively easy to put aside your loyalty to a particular team and focus on finding winning bets. Political beliefs are much more personal and reflective of how we see the world, and it can be hard to get past our distaste or support for a particularly political view, but the inability to do this can lead to some costly mistakes, so it is important that you quickly develop the ability to leave your political opinions to one side when you’re betting.

There are few things more satisfying in the betting world than making a judicious political bet on a particular candidate to be party leader or Presidential nominee and then watching that candidate’s odds fall steadily. Being proven right never gets boring!

But to do that, you have to show patience, above all else. Political betting requires expertise, research, diligence and the ability to both be objective and to be able to correctly estimate the views of an electorate. Above all, it takes the ability to maintain a long-term view. If you can stay patient while the political betting markets are fluctuating, then you have the potential to make a profit.